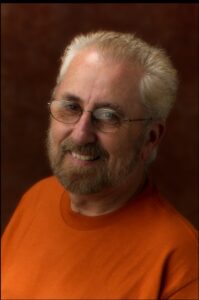 Michael C. Keith, PhD, is the author or coauthor of more than two dozen groundbreaking books on electronic media, among them Waves of Rancor––a book cited by President Clinton for its study of the radical right’s use of audio media.

The recipient of numerous awards in the academic field, including the Broadcast Education Association’s Lifetime Achievement Award, the International Radio Television Society’s Stanton Fellow Award, and the University of Rhode Island’s Achievement Award in the Humanities, he is also the author of dozens of articles and short stories and has served in a variety of editorial positions.

Prior to joining Boston College (where he was named Emeritus upon retiring in 2017), Michael served as Chair of Education at the Museum of Broadcast Communications and on the faculties of The George Washington University, Marquette University, and Dean College. He was co-founder of the Broadcast Education Association’s Radio Division and its first chair. His academic works have been translated in Greece, Russia, Spain, Indonesia, and China.